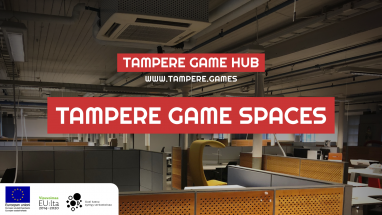 Tampere Game Hub ry, an organization dedicated to promoting and assisting the Tampere game development scene, has started a collaboration with Microsoft, one of the worlds largest IT companies.

Spanning 40 studios in the Pirkanmaa region, the game development hub in Tampere is the second largest regional hub in Finland. The region features many talented studios including 10tons, Iceflake Studios, Colossal Order and Dreamloop Games.

Tampere Game Hub ry is run by Director Tomi Toikka and chairperson of the board Joni Lappalainen (CEO, Dreamloop Games).

Microsoft started talks with Tampere Game Hub Summer 2021 and the talks were concluded on 25.10.2021. The result was a collaboration agreement starting from the beginning of December. This cooperation will include Microsoft sponsored events, assistance for Tampere game developers with development for the Xbox platform and in utilizing Microsoft tools such as GitHub, Azure, PlayFab and Visual Studio.

”Microsoft has been an excellent partner with helping out game studios in Tampere. We’re so excited to kick off things officially, and you won’t have to wait long until we’ll have events in Tampere in cooperation with Microsoft for the entire game developer scene of Tampere!”

“It has been a great journey with Tampere Game Hub and we’re excited to announce this collaboration agreement. Our talks around collaboration matured after Microsoft’s establishment of Gaming Ecosystem Organization last spring. Shortly after the announcement, Tomi expressed their interest in improving their studio’s technology options. We are interested and committed in empowering our local communities to achieve more and help them create world-class content with leading technology.”